God, the Giver of Peace

The last month has been pretty rough. Or at least by all accounts it should have been.

I feel that, up until now, I haven’t handled trials in my life very well. I was wondering if I would ever have a time where I go through them praising God for His goodness in spite of my circumstances. I finally understand it.

It all started on my way home from Northern Kentucky one Friday afternoon last month. I’d been there since that Tuesday, I had nothing to do that Friday, and I wanted to get home. I knew there were storms coming, but I’d never had trouble driving in the rain. The downpour started as soon as I left, and it made for a slow and treacherous pace. I went up I-471, then exited onto Fort Washington Way in Cincinnati to get on I-75. As I rounded a curve, my car locked up and spun to the left. It then completely switched to the right, which was when I hit the wall on the left side of the bridge. I pulled over to the right side and sat there. My hand shook a little as I grabbed my phone, but honestly I was pretty calm. I typically am in situations like that.

I called the police and waited for an officer because I was in the emergency lane of I-471 as Columbia Parkway merges. He told me it looked okay to drive, and I began a slow pace home.

The rest of that day I spent laying on my bed doing absolutely nothing. I was frustrated. I honestly didn’t know whether it was anything I could have prevented or if it was road conditions my car didn’t handle well. Either way, I knew I didn’t have the money to make repairs. It was driveable, but the back left corner was banged up. I had a long drive to Columbus and back the next day. By then I felt better, but I was still a little frustrated.

Christian music has carried me through a lot of these troubles, and it was at this time that I began to obsessively listen to United Pursuit. You would have to listen to them to know that, besides the lyrics, there is a beautiful serenity to their style of music. I was comforted by words like these:

“And there’s hope found here and now, here within the real.
In the midst of all we've done, all we've given up on.
He was with us every step, feeling what we feel,
When your soul was buried down, burdened by the long road.”

“When our plans become the casualties of getting through the day
And we begin to know our weakness,
And denial isn’t strong enough to hold our fears at bay,
And we can’t escape our emptiness.
I am looking for a Savior I can see and know and touch,
One who dwells within the midst of us.”

I began working for a company that accumulated soccer statistics, and have been going to games in the region. Most of the work has been fine, but Nippert Stadium, current home of FC Cincinnati, has been terrible. For some reason, my cell service is bad there, and it affected my ability to call the game. My second time there, the match went to extra time, and I had to stand up at the top of the stands to get decent reception. I still had to call the game over the phone because of the internet service. Where I had to stand gave me a poor view of the field, and this caused me to mess up a key call. Under company policy, they penalized me for 75% of my pay for the match, and it stopped my bonus run. Essentially, this cost me around $150.

I’ve struggled financially for part of the summer, so that was a big blow. And that night I was pretty mad about it. I didn’t have any cash on me, so I had to park almost half an hour’s walk away in a free garage. It was a tough time going back. But God, the sovereign giver of peace, helped me through it. It just refused to phase me. And that wasn’t my willpower doing that; it never has helped me before. No, that was the work of my Creator, my Savior, my Lord. And how have I gotten through this time? My grandpa walked up to me at church and handed me $100, and my grandparents and parents have randomly given me cash besides that. That literally was the difference in me getting by until I was paid.

God is so faithful, guys! These times should have been awful, but He gives joy in trials! There was never a time He was not with me.

“Sometimes this world brings trouble I find so hard to bear.
I know I could not make it without Jesus being there.
It’s so encouraging to know, how ever deep we’re in despair:
Jesus never fails.
So what can I do to prove to you; tell me how can you deny?
No untold facts, no mysteries, it’s all so cut and dried.
On the witness stand of your life, I’ll be the first to testify:
Jesus never fails!”


“All the good You've done for me, I lift up my hands for all to see.
You're the only one who brings me to my knees.To share this love across the earth, the beauty of Your holy worth;So I kneel before You, God.I lift my hands cause You set me free.So I shout out Your name.From the rooftops I proclaimThat I am Yours. I am Yours.All that I amI place into Your loving hands.And I am Yours. I am Yours.”

I find vulnerability with others an important thing in a Christian’s walk, but it’s not easy. Nevertheless, God has been teaching me some things, and I want to testify. I also want to testify that it hasn’t been all bad.

Last month I was able to go to a concert for which I was really excited with my good friend Megan, and it didn’t disappoint. I had so much fun and got to talk with her about a lot of stuff. A couple weekends ago, I got to go down to Louisville and spend a few hours with Sara and Monica after I hadn’t seen them in person in a month-and-a-half. 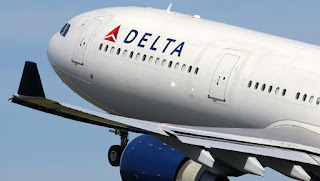 A couple friends of mine will be getting married this weekend. I was scheduled to leave for Arizona Thursday morning and get back to Dayton Saturday evening. I already had the flight scheduled when they told me the time, and I was going to miss the wedding. They have been good friends and an awesome example of a healthy, Christ-centered relationship, and I was really sad to have to miss it. I checked with the travel agency, who after calculating said it would cost me an additional $230. I called Delta, and they said it would cost $270. It seemed like I wouldn’t be able to change it. But prayer can accomplish what we can’t. One day, I got a random call from Delta saying that they had overbooked my flight, and they offered me a $200 travel voucher if I could switch my flight. Not only do I get to be back in time for the wedding, I also get $200 towards another flight later this year. I had to call them to let them know, and their response was, “Isn’t the Lord good?!” So I’m finding out…

As the trials continue, so does God’s faithfulness. I developed interest in a close friend of mine and struggled with whether to ask her out. I feared messing up a friendship and how it could affect our friends around us. But I carefully decided to take the risk. I didn't want to look back and not have tried. It was one of the tougher things to work through. But God gave her the grace to say that nothing changes and our friendship would continue to grow. And God has shown me the value of the support of a few key people.

The next day, we had to take my mom to the emergency room. I had gotten eight hours of sleep total over the last two nights, which made the whole day tougher, and then this happened too. I didn’t think it was anything life-threatening, but it was so sudden. I remember walking around the waiting room saying, besides my prayer for her, “God, how much more can I be pushed in these weeks?”

On what was an otherwise-fun camping trip this past weekend, there were a couple unfortunate incidents. First, I was attacked by bees after I started chopping a dead limb off of what was apparently their tree, which led to several stings to the forehead. It also made for a humorous moment when my friend and I heard a drone and mistook it for a swarm of bees. Second, our group was cited for camping and building a fire in an undesignated area, something we’d never heard of being enforced. That cost me $80 to the federal government.

So it hasn’t exactly been the most fortuitous few weeks. In fact, I can’t remember the last time I faced such a string of trials. God has and continues to help me past them. That has always been the case. What is different lately is the peace that I’ve had through them. Nothing seems to affect me negatively for very long. Past that peace, I’ve had joy. At about two a.m. the night we camped out, we began to spontaneously pray as a group. It had to have went at least half an hour. I prayed that we would be an encouragement to each other and that we would help each other through trials and the season of life we’re in. I don’t remember most of what I said, but I do remember saying that “we just look stupid” to the world. Here we are laughing and dancing and experiencing joy in the face of stuff that really sucks. Stuff that, if we were bitter, that feeling would be validated by most. We just look stupid to people that haven’t experienced the love and grace that God bestows upon us. To have peace and serenity and joy in trials is something that, at least for me, is not possible apart from a relationship with God and Him giving us His sight and His priorities.

So I’m all for looking stupid. That’s a difference the world should see.
Posted by Joe Trammell at Monday, July 17, 2017