Old Lessons on Faith for Our New Circumstances

The last few years have involved constant change and uncertainty. This, however, has molded me, brought rich blessings, and increased my faith. My experiences are far from unique, but they have taught me these lessons. They are timeless lessons, and they still apply to our changing lives as they did to the people in these Bible stories.

The formations of this post began this summer in the house church I attend from something the Spirit revealed to me while we were discussing faith. I then drew out that and two other stories in the first few weeks of a Cru community group I lead for graduate and professional students at Ohio State with my friend Chelsea.

During Jesus’s public ministry, He sent His disciples across the Sea of Galilee ahead of Him. A storm came while the boat was in the middle of the sea, and in the midst of the storm Jesus shows His presence, as He always does. While His disciples were fighting the storm they may have forgotten He knew what they were going through, but He reminded them He was there.

So, Jesus comes walking on the water, and has to tell his disciples it is Him because they think He is a ghost. He tells them not to be afraid. Then this is where Peter steps out in faith: 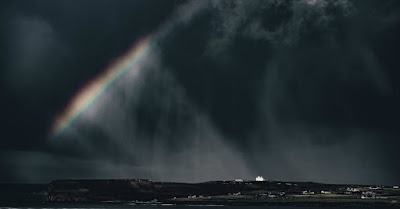 And Peter answered him, “Lord, if it is you, command me to come to you on the water.” He said, “Come.” So Peter got out of the boat and walked on the water and came to Jesus. But when he saw the wind, he was afraid, and beginning to sink he cried out, “Lord, save me.” Jesus immediately reached out his hand and took hold of him, saying to him, “O you of little faith, why did you doubt?” –Matthew 14:28-31

Now a lot of people like to criticize Peter and use him as an example of faithlessness, but we should remember that he was the one of the twelve that stepped out of the boat. He knew great works could be done through Jesus.

And he does walk on water. Peter is able to look at Jesus and do what was thought impossible for a human to do. His actions show an immense amount of faith in who Jesus is and what He can do.

What’s the lesson? In the midst of a storm we can be okay—and see incredible things done—if we look at Jesus instead of the circumstances.

Jacob was raised with everything. He was the grandchild of Abraham, who was very wealthy, and son to Isaac who inherited and furthered that wealth. His family had status and respect. He was the favorite of his mother, Rebekah, and she helped deceive his father, giving Jacob the blessing of the firstborn instead of Esau. But this created a problem.

Now Esau hated Jacob because of the blessing with which his father had blessed him, and Esau said to himself, “The days of mourning for my father are approaching; then I will kill my brother Jacob.” But the words of Esau her older son were told to Rebekah. So she sent and called Jacob her younger son and said to him, “Behold, your brother Esau comforts himself about you by planning to kill you. Now therefore, my son, obey my voice. Arise, flee to Laban my brother in Haran… –Genesis 27:41-43

Rebekah sends Jacob away. That night, for the first time in his life, Jacob is all alone. The man who had everything finds himself alone, in an unfamiliar place, without any of the comforts or securities he was accustomed to.

Jacob left Beersheba and went toward Haran. And he came to a certain place and stayed there that night, because the sun had set. Taking one of the stones of the place, he put it under his head and lay down in that place to sleep. And he dreamed, and behold, there was a ladder set up on the earth, and the top of it reached to heaven. And behold, the angels of God were ascending and descending on it! And behold, the LORD stood above it and said, “I am the LORD, the God of Abraham your father and the God of Isaac. The land on which you lie I will give to you and to your offspring. Your offspring shall be like the dust of the earth, and you shall spread abroad to the west and to the east and to the north and to the south, and in you and your offspring shall all the families of the earth be blessed. Behold, I am with you and will keep you wherever you go, and will bring you back to this land. For I will not leave you until I have done what I have promised you.” Then Jacob awoke from his sleep and said, “Surely the LORD is in this place, and I did not know it.” And he was afraid and said, “How awesome is this place! This is none other than the house of God, and this is the gate of heaven.” –Genesis 28:10-17

This was a story particularly pertinent to my community group, as people who had just moved to a new city and university, away from home and friend groups, in a demanding program, with everything changing and everything uncertain. But this can be true of many situations. We all face these times in our lives. 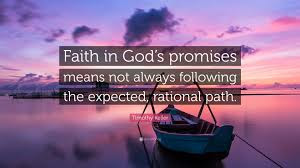 While everything changes around him, driven from home, his life in jeopardy, journeying to an unfamiliar place, Jacob lays down to sleep with a rock as a pillow. And there, in that place, God meets him. God comes to him in a dream and shows him angels ascending and descending between Heaven and Earth—which Jesus says in John 1:51 is our prayers going up and answers coming down, with Him interceding for us. God tells Jacob He will fulfill His promises and He isn’t going anywhere.

Jacob is fleeing for his life and leaving everything he had known, and God reveals Himself. “Surely the LORD is in this place, and I did not know it.” In the middle of his difficult circumstances, Jacob almost misses that God was there all along. And God would be there for whatever would happen in the days ahead.

When everything is upside down, changing, and uncertain, we serve an unchanging and certain God who meets us in that place.

Abraham had waited decades to see God’s promise fulfilled. God had told him that he, though his wife Sarah was barren, would have a descendant, and that all the Earth would be blessed through him:

After many years of waiting (and some lapses in faith), God gives them Isaac. Thirty more years pass. Isaac is grown but he is not married and has no children. Abraham still has no descendant through Isaac. Then God makes an odd command:

After these things God tested Abraham and said to him, “Abraham!” And he said, “Here I am.” He said, “Take your son, your only son Isaac, whom you love, and go to the land of Moriah, and offer him there as a burnt offering on one of the mountains of which I shall tell you.” –Genesis 22:1-2

Abraham obeys without any recorded questioning:

So Abraham rose early in the morning, saddled his donkey, and took two of his young men with him, and his son Isaac. And he cut the wood for the burnt offering and arose and went to the place of which God had told him. On the third day Abraham lifted up his eyes and saw the place from afar. –Genesis 22:3-4

Now Abraham had to think through his obedience in this situation. God was commanding something unusual in light of what He had said. But Abraham knew one thing: God had made a promise. God promised him that he would have a son, Isaac, that his descendants would come through Isaac, and all the Earth would be blessed through Isaac. That meant that whatever God had planned in commanding the sacrifice, Isaac was going to come out of it because God hadn’t fulfilled His promise yet. And Abraham knew better than anyone that God always fulfilled His promises.

We learn more about Abraham’s mindset in Hebrews: 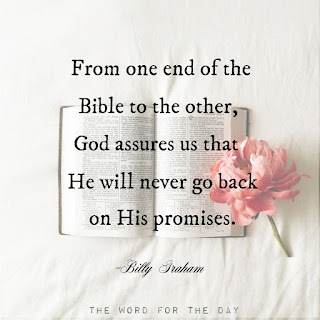 By faith Abraham, when he was tested, offered up Isaac, and he who had received the promises was in the act of offering up his only son, of whom it was said, “Through Isaac shall your offspring be named.” He considered that God was able even to raise him from the dead, from which, figuratively speaking, he did receive him back. –Hebrews 11:17-19 (emphasis added)

Abraham trusted God to fulfill His promise so much that he figured God would just have to resurrect Isaac after he was sacrificed. This is even crazier because there was no record of anyone being raised from the dead before this point. Abraham believed God would do something unprecedented rather than believe that God would fail to keep a promise.

Many would not have blamed Abraham for refusing to follow a command that didn’t make sense, or at least questioning God. God’s plan seemed to go against His promise. How could Isaac be sacrificed when he is supposed to have descendants? It took tremendous faith for Abraham to trust God when it looked like God Himself took a sure promise and commanded its failure. But Abraham knew a way had to be made, because God is faithful. Faith is trusting God when His plans seem to run contrary to His promises.