Thank You, NKU, and Goodbye (Sort Of)

The feelings I experienced Thursday were more intense than perhaps I’d ever felt.

Alone in my room, I really didn’t know what to do. I felt like Jacob, the patriarch of Israel, as he prepared to meet his brother, Esau. Jacob assumed Esau was out for revenge, so Jacob sent his family and servants away. That night, the man who had so much was left totally alone.

I made it a policy of mine this semester to spend as much time with the people I loved while I had the opportunity. The cost sometimes was sleep or procrastination, but I value relationships very highly, and I didn’t want to miss out on being with others. It was a whirlwind, but I accomplished the mission. Despite being my busiest yet, I probably spent more time with friends than I ever have.

So after all these weeks, and the finals week consisting of pancakes where I spent hours with people, I found myself alone. I had actually come back from a tearful goodbye with a few “younger sisters” of mine. When the BCM had its senior night, I began to cry only when I saw another friend doing so on my account. But this time, it was me. I wanted to say more to Sara, Monica, and Stephanie, but I couldn’t. The last three years with them, I believe, is sufficient to show them how much they mean to me.

And after spending another March for Life trip with Sara and Monica—hours and hours of time—I was inspired to make a list of the people with whom I continually, purposefully want to keep up. These are people I find genuine and whose company I enjoy. Many of them have also helped me grow in my life.

Many of these people are from the Baptist Collegiate Ministry, from where most of my really close relationships come. No place has been more instrumental in my growth as an individual and as a Christian. I truly don’t know where I or my walk with Christ would be without the people there. There were the guys that invested in me when I was an underclassman—Josh, Matt, Ethan, Andrew, Michael, Austin. There are the people that I’ve worked with that graduate with me—Sarah, Megan, Caleb. There are those that are a year behind me who I had as the freshman leader—Alex, Sara, Monica, Stephanie, Kate, Jeremiah, Trevor, Brad, Cody, Megan, Nathan. There are others that I’ve known for a few years—Brooke (who I had this discussion with at Beach Reach), Brad, Bethany, Jacob, Dustin, Chris, Lisa, Kelly, Sami, Karson, Sarah, etc. Then there are the people who I haven’t known as long but who have had a huge impact on my life in the time we’ve had—Natalie, Zach, Amy, Seanna, Lexi, Nick, Sam, Joey, Michael, Josh, Megan, James, Alisha, Casey, Jacob, Jacob, Brandy, Christian, Devin, Nakayla. The list could go on. I can’t fully put into words how greatly my life has been shaped in this ministry. I came into college shooting from the hip, closed off to Christians dissimilar from me, but I’ve learned to pick my battles and work with those who are different. I came in only recently deciding to devote my life to Christ, and am leaving with a true purpose. I encourage involvement here, or some ministry that will help Christians grow.

Sports business and the College of Business have taught me a lot as well, and I’ve developed a number of relationships there that have given me a wider circle of people I’ve come to love. Mackenzie I can trust with any assignment. Yasmine, Nick, and Nick, among others, have been there too. That’s just in my program and in my graduating class. 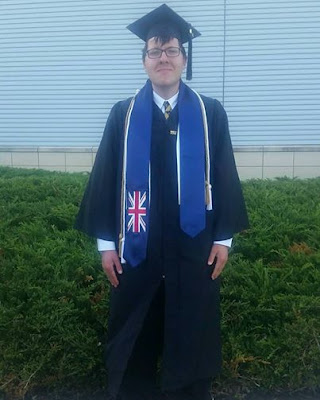 There are a few other good friends I’ve met through various other ways, like Kelsey, Elle, Nate, Jacob, Macy, Molly, Seth, Sean, Rhe, Liz, and Shay. This isn’t exhaustive.

Northern Right to Life—with Joe, Rachel, Jennifer, Ella, Kathleen, Emily, Mia, and a number of others—was something that helped ignite my passion for pro-life ministry, along with my involvement in Created Equal. This, too, has spanned hundreds of hours. I’ve also greatly enjoyed my experience with NKU Athletics, and am grateful to Kelsey (love you!), Brandon, Stan, and Micki for making it possible, as well as my fellow interns that I’ve enjoyed working with and becoming friends with—Turner, Hannah, Logan, Hollyn, Angie. I started out loathing having to work during games instead of paying close attention to them. By the time we were partway through basketball season, I felt a little lost not being with them.

“Lost” is a good description of how I feel now. I’ve lived at NKU for about three-quarters of each of the last four years. Virtually all of my close relationships, outside of family, are there. I’ve been invested. I’ve grown so much. I’ve developed my own unique personality, desires, styles, goals, and fears. I’ve found a passion for ministry and adventuring and helping others I lacked. College was an opportunity for a fresh start. I was happy to finish high school and move away. But this time, it’s different. I feel in many ways I am totally different from the way I was before coming to this university. That makes it difficult to leave.

NKU is a good school with a growing reputation from many angles. It has been exciting to be a part of this campus. I know it so well by now, as is evident from the precise directions to the dozens of people that ask me for them. I’ve had the privilege to be on homecoming court twice, something that never happened in high school. I’ve received various awards. I studied abroad, my first time leaving the continent and my first time (of three) flying. I had never been on a mission trip before college; now I’ve been on nine. Before college, I had been to 12 states and two countries; now, 19 states and three countries. I’ve had my horizons broadened to new work experience, diverse friends, and serving God through various organizations. You’d best believe I’ll be talking up this university at Ohio State, and wherever else I go. 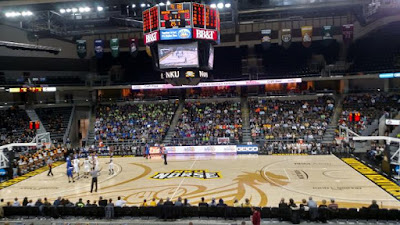 So I sat there Thursday, eyes still puffy after talking to my “sisters”, and considered what I am leaving. Not only will I not see close friends as often, but I also may never see other friends and acquaintances again. Especially weird is leaving people I’ve only known for a month. It was something I had to wrestle. That’s the nature of life. To everything there is a season, we are told in Ecclesiastes. I don’t lack faith in this area; I walk forward claiming God’s promises. But I can’t help but feel a little lost as I move two hours from this place. I know I’ll be around. I know I can still maintain my friendships. But things will change. However, things will change whether I leave or not. Friends will graduate and some will move. Trying to maintain all these elements, exactly as they are, is a futile attempt to catch lightning in a bottle.

That’s why I tried to spend as much time as possible with friends and on campus. I thank God for relationships and a university that make it so difficult to graduate. I’ve been a little annoyed with people who couldn’t wait for it to be over.

I have forever been shaped by my time at NKU. I’d love the opportunity to move back to the area after I complete law school. But who knows what may happen? For now, I am comforted with the fact that I’ll be down here for parts of the summer, I won’t be too far away next school year, and that I have impacted people that will want to keep up with me. I remember when I was an underclassman that I had a few people I looked up to and learned from. Random conversations I’ve had and texts I’ve gotten from underclassman have shown me that I now am one of those people, and that is all I could have hoped for this year.

I know that doesn’t have to change. It just might take a little more work.

Oh, by the way. That night that Jacob waited for Esau, he wasn’t really alone.

And Jacob was left alone; and there wrestled a man with him until the breaking of the day. And when he saw that he prevailed not against him, he touched the hollow of his thigh; and the hollow of Jacob's thigh was out of joint, as he wrestled with him. And he said, Let me go, for the day breaketh. And he said, I will not let thee go, except thou bless me. And he said unto him, What is thy name? And he said, Jacob. And he said, Thy name shall be called no more Jacob, but Israel: for as a prince hast thou power with God and with men, and hast prevailed. And Jacob asked him, and said, Tell me, I pray thee, thy name. And he said, Wherefore is it that thou dost ask after my name? And he blessed him there. And Jacob called the name of the place Peniel: for I have seen God face to face, and my life is preserved. –Genesis 32:24-30


Jacob’s circumstances were ripe for a blessing from God. As I (sort of) leave NKU, I expect the same. 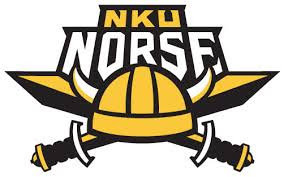