I'm a Gun Owner, not a Gun Enthusiast.

The first time I fired a gun, which was only earlier this year, I didn’t feel powerful. I was not exhilarated or excited. I didn’t find enjoyment in it. I approached this moment objectively, almost academically. This was a tool, not a toy. 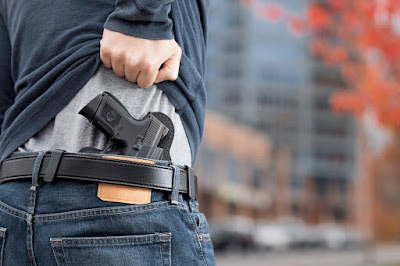 Don’t get me wrong; I’m not against shooting for sport or fun. Guns have a number of different uses. If people aren’t careless, more power to them. But for me, I didn’t consider it a recreational exercise.
No, when I held that gun, I felt the full gravity of that which I was capable. I knew that with a bullet in the chamber, I would propel a metal ball at a target seven feet away in under three-one thousandths of a second when I squeezed the trigger. I knew that if I aimed it at the safety manager in the range and fired, I could injure or kill him. Putting it to my head and firing would kill me. There I stood with this awesome and fearsome weapon that could end a life at 2500 feet per second.
So I didn’t take guns lightly. I can talk about them (I have a Smith & Wesson M&P Shield 9 mm) and compare them and even joke about them, but I take the responsibility I have as a gun owner seriously.
For me, it wasn’t about sport. It was about defense. 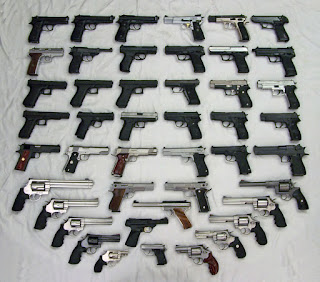 I hope that I never have to fire a gun at an actual person, or even an animal. But I know that if that force is needed, I will be prepared. We never know when we will encounter a dangerous situation. If there is someone who is set on harming me or someone else, I will not fear neutralizing that threat. Gun ownership is something that is set up to protect ordinary, law-abiding citizens during those critical times when the police aren’t around, or aren’t there yet. It puts law-abiding people and criminals on equal playing ground, if not put the law-abiding person at an advantage. There is a right to be safe, and carrying a gun can go a long way towards guaranteeing that.
Much the opposite of being trivial with weapons, defense of self or others recognizes that the situations that cause us to harm those trying to harm us are undesirable. This kind of force is to be administered rarely and only under desperate circumstances. I see the power of guns, and I also see their use.
I support gun enthusiasts who are thoughtful with their collecting and sport. For me, though, I see a gun only as a tool that will hopefully never be called into use outside of a range. But if it is, I know that I and those around me are safer. So, I am willing to carry such power with me, knowing that it could one day save a law-abiding person from harm.
Posted by Joe Trammell at Wednesday, May 24, 2017