I Can't Help It If I'm a Homophobe. I Was Born That Way.

For years, the argument from LGBT activists has been that people are born homosexuals. It’s interesting because I never had to “come out” as straight. I’ve always known it. There has never been another thought.

That being said, it’s time to make a confession. I can’t help being this way. I was born this way. It’s time to come out and be my true self. 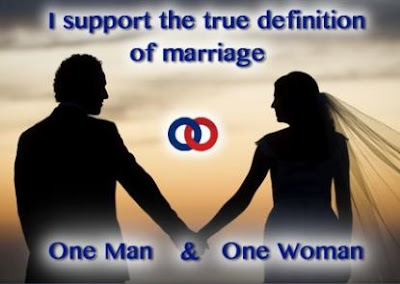 That is in the liberal definition of “homophobe”, of course, meaning that I believe homosexuality is immoral. In truth, that’s as far as it extends. I don’t mind being around homosexuals, being friendly to homosexuals, and being friends with homosexuals. I have plenty of friends that have sex outside of marriage, which I also believe is immoral. My disapproval of some of one’s actions does not make me dislike someone, for I am well aware of my sin.

I have my doubts that my coming out as a homophobe will be met with the same elation and celebration as someone coming out as gay. We were both born this way, so I’m really bummed about the bigotry towards my people.

Despite the claim that homosexuality is genetic, or at least an abnormal genetic disorder, has hardly been proven past theories that are vacillated and used to fill in when another theory has been disproven. (Grant that I was less tactful back then when dealing with individuals.) The genetic homosexuality claim holds about as much weight as the claim that we evolved first from nonlife, then from lower life: we are told it is fact and that’s it. It’s settled. Forget that we are committing outright intellectual dishonesty by not allowing a discussion or properly backing up our claims. Parents aren’t the only people in authority that say, “Because I said so.”

Really, though, even if there was solid evidence that homosexual tendencies are genetic, we’d still be asking the wrong question.

Of course we have sinful tendencies. We’re sinners.

No, I don’t believe God would make someone gay, but He might create them with the tendencies. Hear me out.

When sin was first passed down on mankind, it made everyone that has lived and will ever live have sinful tendencies. What it takes to overcome this is the power of God’s Holy Spirit on a life. This is only received through repentance and faith in Jesus Christ.

Notice something interesting that Paul wrote:

And [God] said unto me, My grace is sufficient for thee: for my strength is made perfect in weakness. Most gladly therefore will I rather glory in my infirmities, that the power of Christ may rest upon me. –II Corinthians 12:9

What is he saying? We have weaknesses. I believe it is totally possible that God creates people to struggle more with certain sin so that we must rely on God to overcome the sin. This is not Him MAKING us sin, He’s only making us lean on Him.

So whether the struggle is anger, depression, jealousy, lust for the opposite sex, or lust for the same sex, it’s all sin. Struggling with anger instead of homosexuality does not make one better than the other. We are all under sin and all under God’s judgment until we turn to God to have relief from the hereditary disease of sin.

We can only overcome through the power of God. We have to fully give ourselves to Him so that He can do a work in our lives and deliver us from sin.

Having sinful tendencies does not excuse us. It does not give us a free pass to do as we please and claim that we were “born that way”. Wake up. We’re all born sinners. We all need God.

The forgiveness of sin does not come through excuses. It comes through Jesus.
Posted by Joe Trammell at Wednesday, June 07, 2017