The Most Dangerous Thing About Donald Trump

I don’t hide my disdain for Donald Trump, but there’s one thing that concerns me more than any other policy. Okay, policy might be generous. The man has no plans or ideas to actually pull off most of the stuff he’s promising. He actually expects a foreign, sovereign government to pay for a wall they don’t want and can’t afford? How is that supposed to happen?

But that isn’t my biggest concern. Nor is his desire to prevent a private company from investing in Mexico, which includes breaking the North American Free Trade Agreement. It’s not even his refusal to condemn the KKK’s beliefs, or him retweeting from the account “@WhiteGenocideTM”.

This particular plan makes all of his childish tactics, shameless berating of fellow candidates, consideration to run third party should he lose the nomination, unfathomable ego, and pouting every time he is criticized look pretty good. Suggestions that a debate moderator was on her period even as late as 2012 when he congratulated his “friend [Barack Obama]”, where he admitted to voting for the current debacle of an administration – certainly have their places for discussion. His donations to Hillary Clinton’s campaigns in the past, the very candidate he could run against, demands answers. 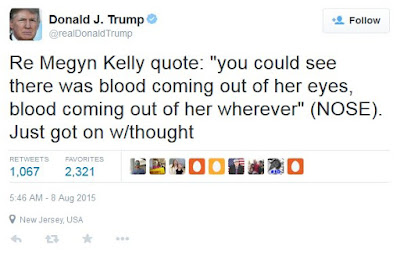 because she asked tough questions is overshadowed. The worst parts of his shady past, mired in racism, bankruptcy, adultery, casinos, and support of liberal candidates and their policies –

But it keeps getting worse.

This danger has been acknowledged by his delusional supporters as something good and necessary. A few weeks ago, Trump declared that he was going to “open up” libel laws to punish those that write “negative” or “false” stories about him. He says his critics “will have problems.”

Libel laws already allow anyone that is not a celebrity to win a case, but “the person must prove that the statement was false, caused harm, and was made without adequate research into the truthfulness of the statement.” For celebrities, the bar is higher: “the person must prove the first three steps and that the statement was made with the intent to do harm or with reckless disregard for the truth.” (Basic definition from Wikipedia.) So winning a libel case requires specific evidence.

The issue with Trump is that there is so much dirt on him, most of the negative things published about him are true. Remember also that he will literally call everything that is negative “false”, making others out to be liars when he is in fact the one lying. If you’ve watched any Republican debate, you’ve probably figured this out.

So clearly we’re not talking about the proper usage of libel laws. We’re talking about something much deeper than that. Trump is making an authoritarian claim. He wants to silence his critics. This shouldn’t be too big a surprise about someone that takes inspiration in Benito Mussolini, the brutal Italian dictator belonging to the National Fascist Party and ally of Nazi Germany.

In this case, the implications go much deeper than party lines. (Anyone believing that I simply vote Republican no matter what has misjudged me, which happens frequently.) I am certainly not cool enough to call myself independent and rebel against the established political system. “Well I’m just independent because, like, both parties have problems, man, and I’ll probably just, like, write in a candidate I like.” Normally I'd support the Republican candidate because, even with their flaws, they tend to be better candidates than Democrats. Nonetheless, we do have to think through candidates on an individual basis, not a party one.

Trump has given us a warning from his own mouth. It makes sense that someone who reacts so poorly to criticism will do all he can to stop it if he has the power. Trump lashes out with such irrationality, yet when the tables are turned he cries foul and retreats behind the ignorant rantings of his supporters. He has now vowed to punish those that criticize him as president.

In other words, we’re in trouble.

Piece it together. Trump considers any criticism as false. He wants to punish those that speak negatively. What we are talking about is a redefinition of the laws regarding the criticism of our government, a most basic right that our nation was built on. Trump, in his endeavor to “Make America Great Again”, is promising to do all in his power to destroy a fundamental right of America since her very beginning. Yet his supporters see that as a positive thing. 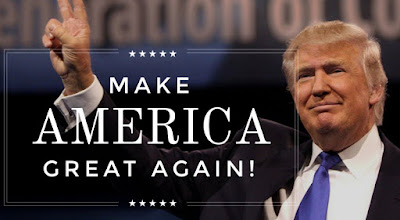 Whether the media praises or bashes an administration, I’d hope we agree that they should have the right to do so. I also have the right to call them on bad reporting. But it is never the government’s position to step in and silence their criticism. That’s what happens in totalitarian governments. Mussolini. Hitler. Stalin. Zedong. Castro.

Is that really what we want? In studying history, we wonder how blind these countries must have been to allow such characters to take away their rights. Hitler did it by coercion, not force. Now, we see the same thing happening. The sheep can’t wait to file into the slaughter house.

So no, I will not vote for Trump if he gets the nomination. That’s not a vote for Clinton or Sanders. It’s a recognition of the problems any one of them could cause. Eventually the Republican Party must wake up and stand true to the principles it began with, or must fade away like the Wig Party and make way for a new one. Those years won’t be easy, but it’s better than the alternative. My conservative principles don’t change when the Republican Party changes.

I hope I’m wrong. But listen to Donald Trump speak, and decide for yourself.


Have my biweekly blog posts sent to your email by entering your email address in the box at the top of the right column.
Posted by Joe Trammell at Wednesday, March 02, 2016