I decided to study through Esther while at Beach Reach this year. For some reason, I thought it would be helpful for the ministry there. It was.

Esther is the textbook look at God’s Providence. I discovered this more and more as I went through the book. The ultimate goal was the salvation of the Jews. It starts with Xerxes I getting drunk and wanting his queen, Vashti, to expose herself to his guests. Vashti refuses, and Xerxes takes away her position. Meanwhile, Mordecai, Esther’s uncle and guardian, saves the king’s life from two of his subordinates; this later puts him in favor with Xerxes and allows Mordecai to pass a law that allowed the Jews to defend themselves. Xerxes brings in virgins from all over his kingdom to select a new queen, and he loves Esther above all the rest. Now with Esther as queen, this gives the Jews a chance when Haman puts through a law to destroy them. 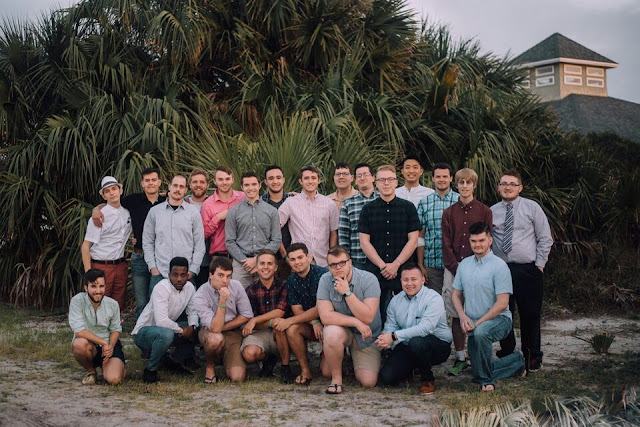 God set up events and circumstances in people’s lives in preparation for our ministry at Beach Reach. He prepared each one of the people from our ministry. For me, it was the closer walk with God I experienced during the selection of the BCM’s leadership next year. God also prepared the hearts of those who came to Panama City Beach to party. Behind the exteriors were some people who were truly hurting, or questioning. Our crossing paths with them was also no coincidence. God ordered every bit of the week.

But there is another part to this story. Esther knew her purpose was to orchestrate the salvation of her people. But God’s Providence had to be brought to fruition. Esther had to obey. She obeyed when she took the step into Xerxes’s throne room, risking death. She was obedient in alerting the king to the plans of Haman, in front of Haman, no less. If Esther didn’t risk her life, she would not have fulfilled the plans which God had set up. If she was timid and didn’t say anything at the banquet, she would not have fulfilled her purpose.

That was where I found myself last year. Timidity prevented me from fulfilling much of the purpose God had set for me because I feared man over God.

This year, God set up the appointments, and our group obeyed. I was able to fully explain the gospel to more people than I could count on both hands. We as a whole saw a number of salvations and rededications to Christ. And Providence set us up with the people we needed to meet.

Two former Catholics with us met several Catholics. Those who struggled with depression met others who were. The teams I had during our night ministry are certainly testament to Providential appointments.

I wouldn’t be so prideful as to call any of my teams a “dream team”, but we worked together very well. I worked with a couple people who used to be suicidal, and they were able to use their testimonies to proclaim God’s grace. Another had homosexual tendencies, and could speak to God’s love for everyone, including homosexuals. I found Christ through a pursuit of the truth, and I met several people who think in a similar way in which I do.

One such thinker was Troy, who my group the first night talked to for over an hour-and-a-half. We never even got to the gospel because of how many barriers he had, but we were able to (1) change his perception of Christians and (2) force him to think through some of his beliefs, with the encouragement to continue doing so. 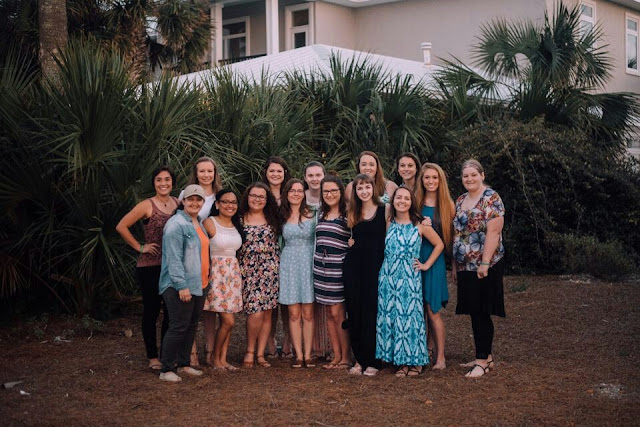 Other encounters left me saying, “I see you, God.” I ran into a group of football players that play with a guy with whom I went to high school. Another group came from Western Carolina University, which I have only heard of because my sports business capstone group runs social media for a website co-authored by a professor from that university.

One night in the vans, two girls got in and one, with no prompting, said, “The Holy Spirit has been convicting me that what I’ve been doing down here is wrong.” No transition needed. They sat by me in the back, and I told them, “I’ve done a lot of screwing up in my life. God always takes you back.”

On that same night, Derrick got in our van with two other people, and each one of us in the back got to have a one-on-one conversation. Derrick had been denied into Club La Vela, and was going back to his hotel early. As I learned in our 20-minute ride, he was a young, born-again Christian. God had him denied into a club so he could sit in the back of a van and hear the testimony of another Christian; by the end of the ride, he decided to find a campus ministry on his own campus, and desires to come to Panama City Beach on Beach Reach next year.

The brokenness was not limited to the party-going spring breakers. Throughout the week, I was amazed by the amount of hurt within our own group. There are people in our ministry with terminally-ill parents, anxiety, friends with addictions, friends who had just died, strained relationships, and so on. It was an awesome group, and it was a beautiful thing to see everyone support each other.

This happened during the worship time as well. The worship leading was fantastic all around. The songs were theologically rich and called attention to the work of God in our lives. (They included “Grace Alone”, “Jesus Paid It All”, “Look What God Has Done”, “New Again”, “Be Thou My Vision”, “O Praise the Name”, “In Christ Alone”, and “Only King Forever”.) I want to especially thank Seanna and Brooke from our group for their help for me. On Wednesday night, I noticed a guy from our group breaking down during the worship time, who I was able to embrace and be there for in that moment. Well, on Thursday, it was my turn, due to a mix of a couple problems in my life and awe over redemption through Christ. It was Seanna who offered comfort to me.

I was able to have multiple conversations with Brooke regarding those issues in my life, and she was gracious to hear me out. It was freeing to have her there to listen, encourage, and empathize. These were things that could have distracted and sometimes did distract me from the ministry we were doing, so I’m so grateful for her.

I also want to offer my thanks to Ann from my home church, who helped cover costs for the trip, as well as my parents and grandparents who did the same.

This Beach Reach was different from the last in that what I did flowed more naturally, and it did not require as much psyching myself up. It feels much more sustainable, and I am praying that the attitude of looking for opportunities to share the gospel with strangers and friends alike will continue. People are often more willing to talk than we might imagine, and there are times that conversation can be simply transitioned to the gospel.

Unlike a number of others, I didn’t directly lead anyone to Christ or see them rededicate their lives. It was a little frustrating at times. But Esther had no idea whether she would live or die when she went before the king. But that didn’t matter to her. “If I perish, I perish,” she said (4:16). God is the One who is left with the outcomes. He may use the conversations of last week to bring those individuals to Him later, or maybe it was even later in the week. God creates the outcomes He wants. We have control over our own obedience. God does what He wants with that. His definition of success is not in outcomes, but in our faithfulness in the opportunities He presents.


God’s Providence provides those opportunities, but we must be obedient with them.
Posted by Joe Trammell at Saturday, March 11, 2017