Why are Christian Women just as or more prone to Abort?

Allow me to be frank with you. If you know me or have read my blog posts, I guess you’d expect nothing else. I’ve been around abortion statistics quite a bit working in the pro-life movement. Apart from the sheer number of abortions, there is no statistic as sobering as the religious breakdown of women that have them. Well over half of abortions are performed on women who consider themselves Christians. “Protestants” (as I’ve said previously, this is a very wide range of beliefs) account for 37% of all abortions in the U.S.; Catholics account for 28%. That is a combined 65% of abortions that are performed on women who fall under the umbrella of Christianity. Sixty-five percent.
“Well not all of them are devout in their beliefs.”
Alright. There are over a million abortions performed in the U.S. every year. Multiply that 1.1 million by .65, we have 715,000. Divide by four – meaning I’m granting that only a quarter of those women that consider themselves Christians are actually practicing their faith – and we still have over 175,000.
Point being, a solid majority of abortions are performed on women that consider themselves Christians. (I say “consider themselves” not in judgment of these women, but because I do not consider every branch and denomination of Christianity Christians by the Biblical definition.) Some of these 715,000 women have to be devout, actively practicing their faith.
Our pews are full of women, or girls, that are post-abortive. Why? Why is this such an issue among the “most moral” of our society?
I think it comes down to reputation. No Christian denomination condones sex before marriage (over 80% of abortions are performed on unmarried women). But it happens. This does not mean we give kids in church a means to do it; on the contrary, we teach them premarital sex is wrong and give them practical advice to avoid it. Yes, we get the argument that it’s “their nature.” Of course it’s their nature! It’s everyone’s nature because we have a sin nature. So no, we shouldn’t cave and just accept that they can’t overcome their hormones.
But even so, it happens. As frequently inside churches as outside, it happens. And the natural course of sex is pregnancy, with or without protection (especially if you receive your “protection” from Planned Parenthood, but that is another story).
And what happens when Christian, unmarried women end up pregnant? 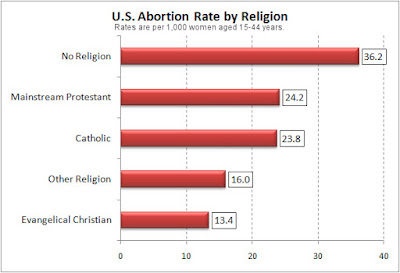 They panic. Pregnancy out of wedlock used to be frowned upon period, but as it has become more acceptable in the world, it is still unacceptable inside the church. And so girls (and the father, if he is notified) are left with the decision of wearing a scarlet letter or “fixing” the problem with abortion before anyone knows.
Not a very good situation, is it?
And so it is that so many girls and guys that have been raised pro-life and are even disgusted by abortion suddenly find it the more appealing option. They try to hide their sin and shame from families and fellow parishioners.
What do we do, then? As President of CareNet Roland Warren stated, “We need to overturn Roe v. Wade in our own pews first.”
We need to educate girls and boys, unfortunately at a younger age than we’d like, about the dangers of premarital sex. The Bible has a lot to say about this, and so too does practicality. There are many problems, even apart from pregnancy, that premarital sex can lead to. They need to be taught the importance of purity. This starts with a mindset. We can be against premarital sex all we want, but no one that isn’t grounded in the Word of God and relying on Him to deliver from temptation is going to resist that opportunity. Their relationship with Christ is what will keep them pure, not simply a “to-don’t” list. 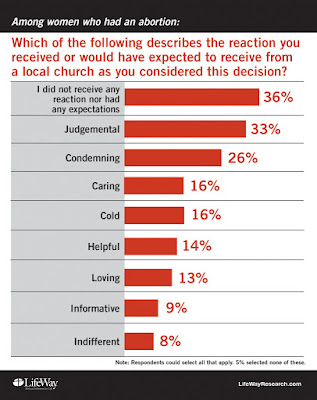 Purity starts well before sex is an issue. It is a battle that must be constantly fought. Pornography is viewed at as high a level by preteen and teenage guys (and girls) in the church as it is outside the church. What they see they eventually want to act out. Purity involves knowing that our bodies are a gift from God and are owned by God and should only be given to one person. It involves a conscious decision to keep not just our bodies but our minds from sin.
Children in the churches need to be taught the value of life. Humans are created in the image of God according to the Bible, and God places infinite value on every individual. Evolution has become a crippling epidemic among some Christians and even some churches, and it is teaching Christian children that human life evolved from lower life with implications that we are simply another animal that randomly mutated into what we have today. It’s why people are more upset over a gorilla being killed to protect a child than they are over something like abortion. Some even consider an ape’s life as valuable or more valuable than a human being’s.
Legitimate science, logic and the Bible teach otherwise. They hold human life in its proper place. And kids need to learn when life starts – at fertilization.
We need to make abortion an issue in the church. Let me rephrase: abortion IS an issue in the church – we need to acknowledge it and deal accordingly. It needs to be condemned from the pulpit, in the Sunday School classrooms and in our discipleship courses. As Created Equal Director Mark Harrington put it, “News flash, American church: Jesus is against baby killing.”
When teenagers and young adults are so worried about their reputations that they would KILL A CHILD to protect them, we have an issue. We need to place an emphasis on GOD’S reputation rather than our own. Abortion is a reproach to God; the Bible backs this up. It strikes Him directly – we are created in His image, including preborn children. We must worry less about LOOKING right in front of church members are worry more about BEING right before GOD.
That way, if a couple does sin and ends up pregnant, they’ll do what is right afterwards and carry the baby to term, rather than feeling they need to get rid of him or her before anyone knows. The parents of the child need to step up. Parents of the parents need to step up. Pastors, clergymen, and laymen alike need to step up to support and forgive and work towards restoration.
We share collective guilt not just for abortion across our nation, but those that are happening in our churches. God is not pleased, and He’s not buying the games or the façades. I’ll reiterate: this in no way condones premarital sex. But when there is such a focus on being squeaky clean in church that women are even considering an abortion, there’s not just an issue with their hearts, though there certainly is. There is also something wrong with the church and the hearts of everyone in it.
We’re all trying to ignore the elephant in the auditorium while we knock the broken preborn bodies off of our usual seats. Blood flows down the aisles and we’re concerned with how others perceive us. I guess “bear ye one another’s burdens” doesn’t apply to us.
We’ve all been taught that truth is truth regardless of whether one chooses to acknowledge it. Here’s the truth:
There is a woman in your auditorium that is post-abortive. That may have been before she was saved, or that may have been a cover-up of her sin because of what the other women will say about her.
There is a girl who is or will be contemplating what to do when she becomes pregnant. She may fear too much to tell her parents or youth pastor because of the reaction it will illicit. She also knows that she can get an abortion, without notifying her parents, no questions asked.
There is a child that is already seeing images in the media, in the stores, and maybe on the internet that are sexual. But he doesn’t know any better because his parents think that if they don’t bring it up, or at least act like it’s wrong without stating so, that somehow their lack of effort will suffice. 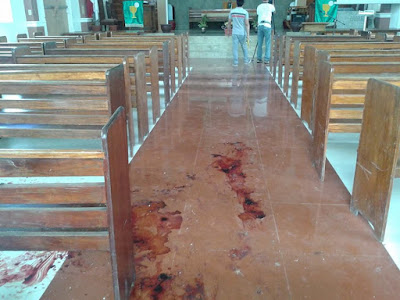 There is a congregation that is ignorant as to what exactly abortion is, what a biblical stance on it is, and how big of an issue it is.
There are teachers that refuse to talk about abortion, and focus more on the commandments against sex than on the relationship with God that will give power to follow those commandments.
So next Sunday, bring a shovel so we can pile the torn up corpses of the preborn in the utility room behind the stage. We wouldn’t want anything to look bad for the service.


Brethren, if a man be overtaken in a fault, ye which are spiritual, restore such an one in the spirit of meekness; considering thyself, lest thou also be tempted. Bear ye one another's burdens, and so fulfil the law of Christ. For if a man think himself to be something, when he is nothing, he deceiveth himself. –Galatians 6:1-3
Posted by Joe Trammell at Thursday, June 02, 2016