Should Christians Use Tax Write-Offs?

People have the option of writing donations to nonprofits off their taxes. To qualify for write-offs in April, donations must be made by December 31. With this deadline approaching, it is appropriate to address the controversial topic of Christians using tax write-offs. The position I will defend in this post is that tax write-offs not only can ethically be used, but should be used. This is not a biblically-based argument, but rather one of sagaciousness.

There are many with the conviction that they should not write off donations to Christian organizations, especially tithes to churches, because this creates a selfish incentive to giving. Of course, if the motivation to tithe and donate is not tax write-offs, then it really doesn’t matter, anyway. It is completely possible to have pure motivations for giving while also taking advantage of laws that allow that amount to not be taxed. 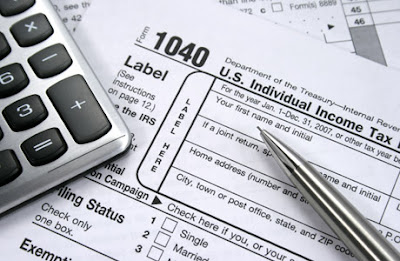 If individuals are worried that tax write-offs will make their sacrifice less of a sacrifice, there is a simple solution. Tithe on the benefits, or give the amount saved to charities and churches as well.

The government has given us the ability to increase the funds to churches and Christian nonprofits without costing us anything extra. This isn’t avoiding sacrifice—it’s common sense.

I am not against using savings from tax write-offs for worthy things like paying bills or decreasing debts. With this I have no problem. But for those that do have the conviction that giving should be sacrifice, sagaciousness dictates that the write-offs still be used.

Let’s use a hypothetical couple to see what I mean. Let’s say that there is a couple with a combined annual income of $90,000. They tithe $9000, give another $9000 to the church for missions and other special projects, and donate $5000 to other Christian nonprofits.

Now, let’s say the couple decides not to take the tax write-offs:

This hypothetical couple can save $4920 simply by writing off their $23,000 in donations to nonprofits.

Now, as mentioned before, some people may not be comfortable with using tithes and donations to save money on their taxes. But, may I submit, that the savings from tax write-offs be given to nonprofits as well? 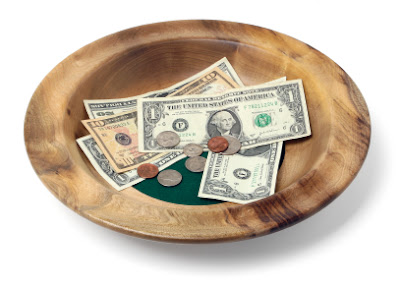 The hypothetical couple is essentially given $4920 from the federal government for giving to nonprofits. If they want to continue that sacrifice, they can donate that $4920 to their church or to a Christian nonprofit as well. That’s free money they received because of what they’ve already given. It especially helps that they avoid the 25% bracket.

It simply doesn’t make sense to leave that money on the table when it can be used for good. All you do is transfer the money from the federal government to Christian nonprofits. That’s an obvious deal to take. For the hypothetical couple, that’s almost $5000 more in the hands of their church or other nonprofits, with no extra expense.

So, if you want to truly sacrifice, I commend you. Just take advantage of federal laws and give that extra money to churches and Christian organizations.

Crunch the numbers yourself, and see how much more money you can give.
Posted by Joe Trammell at Thursday, December 29, 2016