"So God turned the captivity of Job..."

I had read the entire book of Job once before, and I’m sure I’ve read the end several times more, but I never took note of this phrase until the last time I read the book. That was probably close to two years ago, near the beginning of my chronological Bible study (which I recommend):

“And it was so, that after the Lord had spoken these words unto Job, the Lord said to Eliphaz the Temanite, My wrath is kindled against thee, and against thy two friends: for ye have not spoken of me the thing that is right, as my servant Job hath. Therefore take unto you now seven bullocks and seven rams, and go to my servant Job, and offer up for yourselves a burnt offering; and my servant Job shall pray for you: for him will I accept: lest I deal with you after your folly, in that ye have not spoken of me the thing which is right, like my servant Job. So Eliphaz the Temanite and Bildad the Shuhite and Zophar the Naamathite went, and did according as the Lord commanded them: the Lord also accepted Job. And the Lord turned the captivity of Job, when he prayed for his friends: also the Lord gave Job twice as much as he had before.”
–Job 42:7-10

That really struck me. The final thing that turned Job’s life back from its terrible depths was the prayer offered for his friends.

A couple weeks ago, I started feeling a lot of pain in my lower left back. At first I thought I might’ve pulled a muscle, but the pain soon became familiar. Even my parents picked up on it.

I had my first kidney stone during my last semester of high school. It came on one night and we weren’t totally sure what it was. So I went to the ER at Sycamore Hospital. I passed it that night and went to school the next day. The residual pain was amplified by the fact that several friends enjoyed giving kidney shots and perpetually forgot about my misfortune. 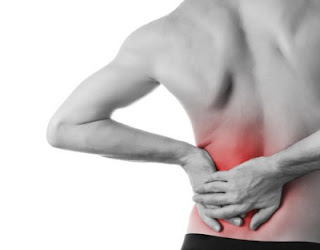 The second time it happened was my first semester of college. I woke up one morning feeling ill but tried to fight it. I went down to the dining hall and filled a plate, but couldn’t eat. I threw the food away as I quickly realized that it was another kidney stone. I walked to our health clinic, but it wasn’t open that early. So I went to the bathroom and stayed there for a good while until I passed the stone. I then made the mistake of going to the health clinic anyway just to check in with them, and was made to go back to see a nurse. They pressured me to go to the ER, but I refused, though they did end up making me miss half of my first class.

The third time was on winter break during my first year of college. The pain came on at night, and for a while I fought it, thinking I could get by without going to the ER again. After vomiting, which I rarely do, and continuing to be sick, we decided to go. It turned out that time I had two stones, both of which I passed at the hospital.

I promise this has a purpose.

We determined after that that one of my medications for headaches, Topomax, was causing the kidney stones. I weaned off it and replaced it with something else. It seemed things were solved.
Fast forward two-and-a-half years later, and it’s happening again. I held out for a little while, but we eventually opted to go to the ER. Unlike two years ago, there is now a stand-alone emergency hospital in my hometown, so it was a quick drive. They confirmed it was a kidney stone, gave me a drug for pain, prescribed a couple medications, and sent me on my way in 90 minutes. I hadn’t passed it there.

It seemed odd to me that I had left without seeing it through, but I figured with the medicine and lots of fluids, it wouldn’t be too long before I did. I initially didn’t have a strainer to catch it, so I wasn’t certain if I’d passed it and was feeling a lot of residual pain, or if it was still there. My mom polled a couple nurses we know, who seemed to think with as much pain as I was still in, I hadn’t. I agreed, as I still felt the same pain in my kidney. The medications were causing some pretty bad side effects, so it was hard to bounce between kidney pain and side effects.

I knew something was odd, because it had never taken more than about six or seven hours to pass a stone. But days were going by. By the time Thursday rolled around, I had to make the decision to forgo my trip to Philadelphia for pro-life evangelism I’d been planning. That night marked three full days without relief. Still I had unrelenting pain.

My parents and sister left for a retreat the next day, which I also could not attend. A fourth day went by, and still the stone had not moved.

I was alone for much of Saturday while my brother was at work. I had been continually thinking about what I had done to warrant this pain. I reminded myself that it was not always sin that left God’s people in such situations. Sometimes it was merely things that happen in a fallen world, or something to build faith in God. I recalled Job, who had some of the worst problems of anyone in the Bible, and had done nothing wrong. 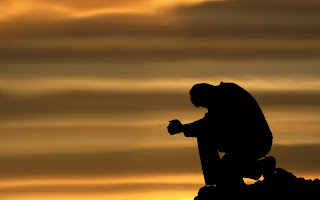 Then I remembered what happened at the end of Job:

“And the LORD turned the captivity of Job, when he prayed for his friends…”

I like to ask friends of mine on occasion if there is anything for which they need prayer, just to check up on them and see what their needs are. I especially do it for friends at college while we are on break. For some reason, though, I hadn’t done it this summer. And pretty much the whole week, I’d hardly prayed at all because I found it hard to concentrate. When I did, it was in a moment of great pain, asking God to relieve it and rid the stone from my body.

I hadn’t really thought to pray for anyone else.

So I decided to do as Job did. I texted dozens of friends from school and asked them if they needed prayer. Don’t think this as overly spiritual; I had nothing much else I could be doing anyway. I merely took encouragement from how God commanded Job.

Throughout the day, texts came in to me about all sorts of things. Personal struggles. Upcoming decisions. Health problems.

Some even asked in return if I needed prayer.

So all through the day, I was stopping and praying for friends. And early Sunday morning, the kidney stone passed.

I had begun to think some more drastic measure would be needed. For five days I took medicine and drank copious amounts of fluid. It didn’t seem to work. The stone was lodged in my kidney.

But God solved the problem when I prayed for my friends.


So when you’re in a difficult circumstance, look up. But don’t just think of yourself.
Posted by Joe Trammell at Friday, August 19, 2016