Let's Stop Kidding Ourselves: Trump Will Not Help The Pro-Life Movement 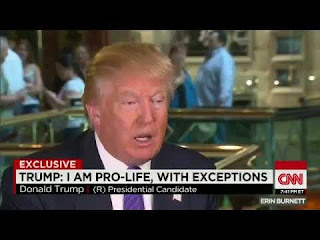 There is a delusion that has swept across Christendom in recent months.

The nomination of Donald Trump by the Republican Party is the epitome of the phrase, “Damned if we do, damned if we don’t.” If we vote for Trump, we compromise on numerous principles. If we don’t, Hillary Clinton is the only other realistic alternative.

Some pro-life Christians (as if there is another kind) are up in arms against those that refuse to vote for a despicable human being because he “isn’t her”. The case they make is that the singular reason as to why we should abandon our principles and vote for Donald Trump is because he will help the pro-life movement with his appointments to the Supreme Court.

First of all, what kind of position do we find ourselves in when we are voting only based on Supreme Court appointments? The Supreme Court should be an afterthought in our selection of a president. But the SCOTUS has been out of control for decades. It’s why abortion is federally legal in the first place. This entity that was created to check the other branches and be balanced by the other branches is now creating laws based on no substantial precedent in the Constitution it is supposed to uphold. Individuals can be fined if they don’t purchase health insurance and homosexuals can marry, and innocent humans can be ripped apart as long as they aren’t too old. There is already a serious problem that will not be solved by a wild-card candidate.

Accepting the importance of the Supreme Court, it’s still a desperate leap to think that Donald Trump will deliver.

“We could lose the Court for decades.”

Let’s be real. The Court will not be lost when Hillary Clinton is elected president. The Court was lost on July 18 when Donald Trump became the Republican nominee. Relying on him to save the day is a desperate grasp at hope that is simply not there.

If it sounds like I’m being negative, you’re right.

There is nothing on Donald Trump’s shady record that is any indication that he will appoint pro-life justices.

“But he said he would.” Yes, and Hillary Clinton said she supports the second amendment. Both are pathological liars that will say anything to have power.

Let’s examine what Donald Trump has said about abortion and the abortion industry.

Trump was a frim abortion supporter until, as far as we know, 2011. He changed his mind and became “pro-life” because of stories from friends about the children they decided not to abort. I value these kinds of stories, but in and of themselves they aren’t enough. This is weak reasoning as to why someone is against abortion. What if those children turned out to be monsters? Anyone who has studied pro-life apologetics knows this is a functionalist view. If one’s support of abortion changes because of how people at risk of abortion turn out, then one is rooting the value of people in what they do rather than their inherent worth as human beings. To reiterate, these stories are important and are evidence to the pro-life case, but these alone do not supply a proper pro-life view. Human life is valuable for being human life. Period. 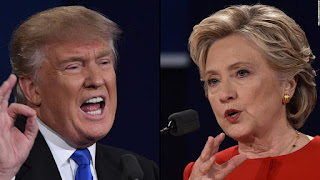 This past January, Trump muddied the waters of his pro-life stance by stating that he believed abortion should be banned at some point during pregnancy except for the cases of rape, incest, and life of the mother. (Life of the mother cases are extremely rare anymore due to modern medical technology.)

This is not something I have to tell Christians. They know this. Yet somehow, some of them are voting for Donald Trump.

In February, when Ted Cruz and Marco Rubio finally opened fire on Trump in a legendary last stand, both went after him for his compliments towards Planned Parenthood. To Trump’s credit, he stood his ground in praise of the organization, saying, “…But millions and millions of women—cervical cancer, breast cancer—are helped by Planned Parenthood.” He did change his mind and said that they should be defunded, yet stuck to the myth that they do breast cancer screenings—after Cecile Richards had to state under oath that they do not. He is recklessly uninformed on this issue. But we are to trust him with it?

There have been several times that Trump has reiterated his “caveat” approach to abortion, such as this statement LESS THAN TWO MONTHS AGO:

“The primary responsibility of the federal government is to protect the rights of its citizens. Life is the most fundamental right. The federal government should not diminish this right by denying its’ protection. I am opposed to abortion except for rape, incest and life of the mother. I oppose the use of government funds to pay for abortions.”

Life is a fundamental right—unless there are tough circumstances surrounding a pregnancy. With Trump, there always seems to be a “but”, and not just the ones he’s groped without permission.

Or there was the interview with Bloomberg’s Mark Halperin that revealed even more:

Trump: I'm pro-life, but with the caveats. It's life of the mother, incest, and rape.

Halperin: Say a woman is pregnant, and it's not in any of those exception categories and she chooses to have an abortion.

Trump: It depends when.

Not only does Trump refuse to budge on what is already a publicly pro-choice stance, he then gives up more ground by stating an ambiguous, “It depends when,” implying to any person—save those who have not already committed to him out of a delusional hope—that he does support abortion in other circumstances at least some of the time. Then, he digs a deeper hole by refusing to even answer the question about abortion early in a pregnancy.

This sounds like a man who is trying to win over Christian voters by acting like something he’s not. And by God if it isn’t working!

We’re too busy making excuses for his behavior and beliefs to bother to realize he isn’t going to do a blessed thing to help the pro-life movement. Or are we just clinging to a hope that isn’t there?

Retired Lieutenant General Michael Flynn, a registered Democrat, said “women have to be able to choose” abortion, “because they're the...ones that are going to decide to bring up that child or not.”

What’s the significance of Flynn’s statement? Trump was considering him as his running mate.

Even in the final debate, Trump danced around a simple and pointed question posed by moderator Chris Wallace: Do you want the Supreme Court to overturn Roe v. Wade?

“If that would happen because I am pro-life, and I will be appointing pro-life judges, I would think that that will go back to the individual states.”

The fact that Trump has to reiterate “I am pro-life” is telling.

Dissatisfied with this lack of response, Wallace asked again.

“If we put another two or perhaps three justices on that’s really what’s going to be—that will happen. It’ll happen automatically in my opinion because I am putting pro-life justices on the court,” Trump replied.

“Donald Trump is generally only too willing to opine on topics about which he knows nothing. But there’s one topic on which he is uncharacteristically muckle-mouthed: abortion.”

Does it not alarm us that a man who never fails to offer his opinion, regardless of how half-baked it is, tip-toes around abortion? Even the question about the very reason we are supposed to throw out our convictions to vote for Trump—the future of the Supreme Court—goes unanswered!

It is completely ridiculous to vote for Trump with the expectation that he will deliver quality Supreme Court appointments. The Bible says in Matthew 7, “Ye shall know them by their fruits.” How quickly we abandon such lessons to grope for a savior in the presidential election. 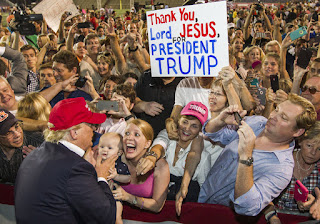 A vote for Donald Trump does not help the pro-life movement in the slightest. I’m not going to sugar-coat this: either way, we will have new pro-abortion Supreme Court justices.

Honestly, I’m disgusted by the number of Christians who have believed a lie—rather, created the lie—and are willing to vote for a pro-choice candidate. People and organizations are losing their credibility as followers of Christ. You all tell me that voting for Hillary Clinton is voting for legalized abortion. The facts are in, people: Donald Trump supports abortion. YOU are voting for legalized abortion by voting for Trump. You can't suddenly change the rules of the game to suit you.

The fact that we are so easily ready to abandon our convictions in the name of stopping Hillary Clinton means that she has already won. She doesn't have to take away our rights to practice our beliefs. We're already sacrificing them. This is exactly what she wants, and she hasn't had to do any of the work.

The presidency is lost. The Supreme Court is lost. But our mission to change minds about abortion and evangelize our culture does not have to be. Yet those, too, are being lost in a futile attempt to gain the first two. Who will take a Christian seriously who votes for a man such as Donald Trump? Who will take the pro-life movement seriously when so many choose to vote for a pro-choice presidential candidate?

I won’t, and I fall into both categories. Imagine how it all looks to those on the outside.

If we’re damned already, we might as well stick to our principles. They’re all we have left.
Posted by Joe Trammell at Wednesday, October 26, 2016