Dumb Arguments Against the Death Penalty

The title is a little misleading, because I don’t think there are any good arguments against the death penalty. I take some flack from Christians who consider it unloving, pro-life people who believe it is inconsistent (as if murderers and helpless preborn babies are morally the same) and from liberals who think killing murderers is wrong but killing babies is fine. But I find capital punishment not just okay, but necessary, and I don’t think there are any rational and consistent arguments against it. I want to examine five common ones I hear. 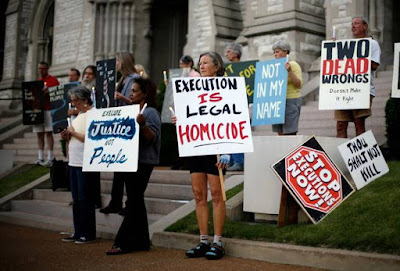 It’s true, kind of. Lethal injection can be very expensive. A couple years ago, Virginia’s jumped to $16,500 per execution. So why is this a bad argument?

Two reasons. The first is that the alternative, life in prison, is exponentially more expensive. The average annual cost to incarcerate a person in the United States is over $31,000. Super-maximum-security prisons can run over $60,000 a year. Obviously, we shouldn’t execute people to save costs, but these numbers completely destroy the argument that we shouldn’t execute people because of the expense. If executions were done after appeals fail instead of 20 or more years later, that would be much less expensive.

The second reason is that there are many cheaper ways to execute people. Gallows don’t cost nearly as much as drugs. Firing squads are pretty cheap. There’s no reason to throw so much money at an execution. The problem people have with these methods is the next dumb argument against the death penalty.

This is an argument against even lethal injection, which is designed to avoid pain. But I don’t even think that it doesn’t matter if pain is felt—I think it should be felt. 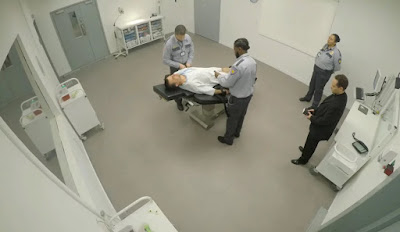 It might seem to be a barbaric statement, but what is the point of capital punishment? I believe its primary purpose is to justly punish a criminal. In most circumstances, the victim of the murder (or rape, as I believe should also be a capital offense) felt pain, so why should the perpetrator get a painless death? The just reward for a violent murder or rape is a violent death.

“It’s not our place to decide who lives or dies.” 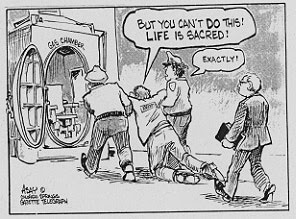 With due process, yes, it is. This isn’t an arbitrary system where we just grab people off the street and decide to execute them. There must be an arraignment, a trial by jury if they choose, and a unanimous conviction. There are many technological and forensic tools at the disposal of courts when it comes to something so serious. Our laws lay out what actions are illegal and what their punishment can be. Violent criminals know their actions are wrong and they know the consequences, and it is a high burden of proof to convict them. We feel it is our place to decide whether someone’s freedom is taken away for the rest of his life. We clearly think we have a wide liberty to choose someone’s fate. This argument is not made because its maker believes it wrong to drastically affect someone’s life to punish him. It is made because someone makes up her mind that capital punishment is wrong and then scrambles to find a justification.

“God would forgive them.”

This winner of the “Worst Public Policy in Recorded History” award was famously posited by Mother Teresa, the internationally-repudiated politician and sociologist.

The logical conclusion of this policy would be to pardon anyone for any crime because, well, “God would forgive them.”

These are the people who think criminals will follow gun laws.

It’s true. God will forgive murderers and rapists and any other criminal because His forgiveness knows no limits. But that doesn’t mean that we avoid the consequences of our actions. Allowing people to do so would open up Pandora’s Box, as criminals would know they can get away with anything and not be punished for their wrongdoing.

This was before the Law, part of the Noahic Covenant.

Nor should we shun justice because we don’t like what it demands.
Posted by Joe Trammell at Wednesday, May 16, 2018