What is Fruit?: The Multiplication of Reproduction

This is the final installment in the “What is Fruit?” series. We first looked at why the metaphor of fruit is used to represent our good works—works are not the root of our salvation, but the product of new life already in existence. We then looked at why works are still important, as they are the natural consequence of salvation and betray that we are Christ’s. Last time, we looked at the patience and work required to see fruit germinate. This time, we look at how plants reproduce.

“It’s not the seeds in the apple. It’s the apples in the seeds.” 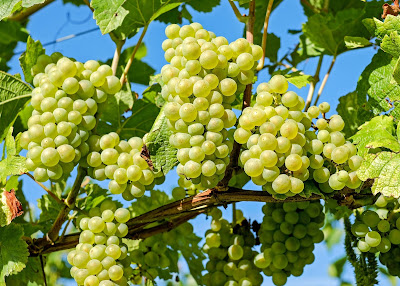 This was widely considered one of the most memorable lines from my years going to Youth Congress, a summer youth retreat my home church used to go to at The Crown College of the Bible. Dr. Mitch Campbell, a brilliant orthopedic surgeon on staff at the University of Louisville’s medical school, was one of the preachers at Youth Congress for several years I went. He has some memorable sermons, some of which were pretty unconventional, but I think this one sticks out to many people.

Dr. Campbell was describing how our fruit, to us, may not seem much, even if we labor for it. Our fruit may only have a handful of seeds. But his quote sums up so well the principle of multiplication.

Seeds come from the fruit on a plant, and they are planted to produce more fruit. Those seeds become plants, which produce fruit with seeds, and those seeds are planted…Do you get the picture?

Each seed that comes from that fruit can become a plant of its own and produces fruit with seeds of their own. If an apple tree has five apples, and each apple has five seeds, there are 25 potential trees hanging on that tree, and that’s just the first round. Then there can be 25 more potential trees on each of those 25 trees.

Multiplication is God’s way of population. God’s instruction to His creation:

And God blessed them, saying, Be fruitful, and multiply, and fill the waters in the seas, and let fowl multiply in the earth. –Genesis 1:22

And God blessed them, and God said unto them, Be fruitful, and multiply, and replenish the earth, and subdue it: and have dominion over the fish of the sea, and over the fowl of the air, and over every living thing that moveth upon the earth. –Genesis 1:28

God’s plan for populating the Earth was to multiply. It began with two humans who multiplied, and then their offspring multiplied, and so on. Now there are some 7 billion of us.

We see this repeatedly in Acts:

And in those days, when the number of the disciples was multiplied… –Acts 6:1

Then had the churches rest throughout all Judaea and Galilee and Samaria, and were edified; and walking in the fear of the Lord, and in the comfort of the Holy Ghost, were multiplied. –Acts 9:31

So mightily grew the word of God and prevailed. –Acts 19:20

One specific biblical example we can look to for a line of conversions is the Ethiopian eunuch in Acts 8. The eunuch became a convert under Philip’s ministry. Philip, it is assumed, was converted under the apostles’ ministry in Jerusalem. The apostles were apostles of Jesus. Another example is Timothy’s church. Although little detail is found about it, there were obviously converts from Timothy’s ministry, who was a convert of Paul’s ministry, who was an apostle of Jesus. I’d bet there were people in Timothy’s ministry who had their own converts.

I’m sure there are various reasons for the explosion of Christianity in the years following the resurrection. Persecution. Services where thousands were saved. The signs and wonders following the apostles. But we have to look at multiplication as being a big reason. All of Asia Minor did not hear the gospel directly from Paul’s mouth (Acts 19:10). But some people did, and they spread the gospel to people who spread the gospel.

We can all probably look at a line of people in our own lives that started with one person. Unfortunately, this isn’t widespread, but it is supposed to be. It is God’s desire and His plan:

(As it is written, He hath dispersed abroad; he hath given to the poor: his righteousness remaineth for ever. Now he that ministereth seed to the sower both minister bread for your food, and multiply your seed sown, and increase the fruits of your righteousness;) –II Corinthians 9:9-10 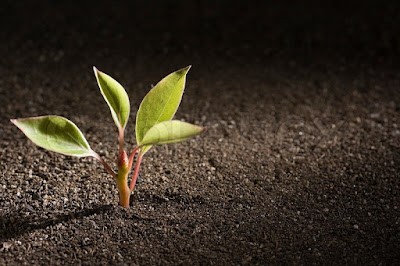 Reproduction cannot take place if we are not producing fruit. Christianity will not grow unless we obey God in reproducing other Christians.

This is not intended to be an exhaustive study of multiplication. Rather, it is a fitting end to the study of the metaphor of fruit in the Bible. Plants reproduce for the growth of the “species.” It was God’s design to use multiplication to populate the Earth. In the same way, He uses multiplication to populate the Kingdom of Heaven. It is our responsibility. And it is an encouragement. God takes our work of reproducing other Christians and turns it into so much more.
Posted by Joe Trammell at Wednesday, August 22, 2018