I once had a Calvinist friend admit to me that the most difficult point of his beliefs to support is Limited Atonement. In my own study I can see why, with the mountain of scriptural evidence against it.

Calvinists might point to Jesus “laying down His life for the sheep,” as if Jesus said anything about salvation only extending to the sheep. Jesus dying for the church does not mean that He also didn’t die for the rest of the world. Anyone can become a part of the church. Anyone can become a part of the flock. But only those who choose this will be saved—by their own doing. We have to examine the totality of scripture on atonement, rather than searching for phrasing that might make our case plausible. Limited Atonement seems more like it has to be there for predestination, from a Reformed perspective, to make any sense, even though there does not seem to be sufficient proof. 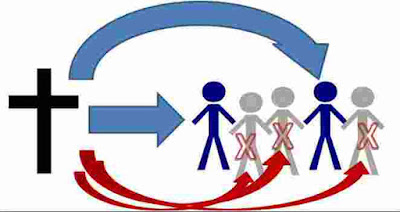 I understand that a four-point Calvinist rejects limited atonement. However, I still believe the concept weakens their foundation. If Jesus did die for the sins of the whole world, but only extended salvation to some, part of the sin He took on was pointless. The argument could be made that it was even from a free will perspective, because Jesus knew that not everyone would be saved. However, Christ’s work on the cross was the divine equivalent of a tennis serve—Jesus put the ball in our court, and we choose what to do with it. God made a way for every individual to know Him, and He did so by dying for the sins of the whole world. The cross makes it possible for all to freely choose. If God was doing the choosing ahead of time, it would not make sense to put Jesus through the additional agony of all the sins of people who God had no intention of extending an offer of grace to.

The concept of the “whole world” is wrapped up in the Greek word kosmon. Its use in the New Testament repeatedly points to the inclusion of everyone:

In the world ye shall have tribulation: but be of good cheer; I have overcome the world. –John 16:33b

God forbid: for then how shall God judge the world? –Romans 3:6

Wherefore, as by one man sin entered into the world, and death by sin; and so death passed upon all men, for that all have sinned: –Romans 5:12

By faith Noah, being warned of God of things not seen as yet, moved with fear, prepared an ark to the saving of his house; by the which he condemned the world, and became heir of the righteousness which is by faith. –Hebrews 11:7

So when we see the following passage, using the same Greek word, we should be confident that there are no caveats or exclusions: 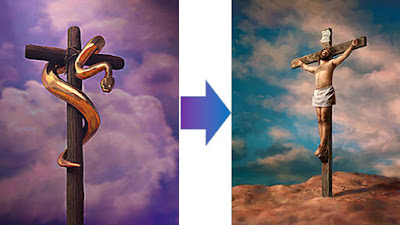 The symbolism of the serpent is also important. Jesus likens Himself to the bronze serpent in the wilderness:

And the Lord sent fiery serpents among the people, and they bit the people; and much people of Israel died. Therefore the people came to Moses, and said, We have sinned, for we have spoken against the Lord, and against thee; pray unto the Lord, that he take away the serpents from us. And Moses prayed for the people. And the Lord said unto Moses, Make thee a fiery serpent, and set it upon a pole: and it shall come to pass, that every one that is bitten, when he looketh upon it, shall live. And Moses made a serpent of brass, and put it upon a pole, and it came to pass, that if a serpent had bitten any man, when he beheld the serpent of brass, he lived. –Numbers 21:6-9

The point of the serpent was to save people from death. “Every one” who would otherwise die can look to it. “Any man.” Jesus’s death was symbolized by a deliverance available to everyone.

The idea of the death of Christ being for everyone is also outright stated:

This is a faithful saying and worthy of all acceptation. For therefore we both labor and suffer reproach, because we trust in the living God, who is the Savior of all men, specially of those that believe. –I Timothy 4:9-10

Just as Jesus dying for the sheep doesn’t negate that He died for the whole world, Jesus being the Savior “specially of those that believe” does not negate that He is the “Savior of all men.”

For as ye in times past have not believed God, yet have now obtained mercy through their unbelief: Even so have these also now not believed, that through your mercy they also may obtain mercy. For God hath concluded them all in unbelief, that he might have mercy upon all. –Romans 11:30-32

To wit, that God was in Christ, reconciling the world [kosmon] unto himself, not imputing their trespasses unto them; and hath committed unto us the word of reconciliation. –II Corinthians 5:19 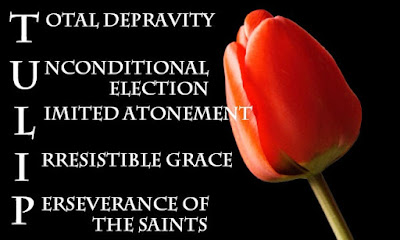 My little children, these things write I unto you, that ye sin not. And if any man sin, we have an advocate with the Father, Jesus Christ the righteous: And he is the propitiation for our sins: and not for ours only, but also for the sins of the whole world. –I John 2:1-2

John is talking to Christians and says that Jesus isn't just the propitiation for us (Christians), but also for the whole world.

I can’t say where the belief in Limited Atonement originated; I haven’t studied to unraveling of Reformed theology. But I can be confident in saying it is not from a proper interpretation of scripture. Calvinism paints God with attributes contrary to His Word, and it faces its biggest hill in trying to prove that Jesus died for some, not all.

If we can’t prove Limited Atonement, the logical foundation of Calvinism crumbles. If Christ died for all, then He partially died in vain, as He took the punishment for the sins of billions of people who God had already set aside for destruction “before the foundation of the world.” If Jesus died for us all and opened the door to salvation for us all, then predestination, as Reformed theology believes it, is unbiblical.