Miscarriages Are Not the Same as Abortions, and It's a Pitiful and Appalling Claim to Make

“Why are you so upset about abortion? Embryos die in miscarriages all the time.”

“Abortion,” in its denotation, is in fact a neutral word. And a miscarriage is a “spontaneous abortion.” But, of course, that’s not what is meant. Most people aren’t familiar with those terms.

No, this is an apples-to-oranges comparison of two tragedies in which the result is ultimately the same, but the culpability and preventability is drastically different. 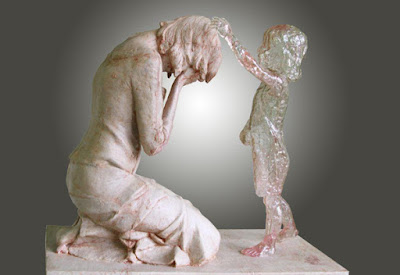 One is a natural loss of a child that often leaves parents feeling helpless. The other “empowers” a mother by allowing her to hire a hit man to butcher her child.

Harsh words, I am aware, but I don’t think we do the preborn, or the women who might make the same mistake too many others have, any favors by making our descriptions of abortion PG.

An abortion is, typically, a willing choice. Sometimes it is coerced, and those women are just as much the victim. Abortion being a choice does not mean there aren’t complicated and sometimes tragic circumstances around that choice. It does not mean that a parent is fully informed. It does not mean that post-abortive women, or women considering abortion, should be demonized. But it does mean that there is a fundamental difference between the choice of abortion and the uncontrollable event of a miscarriage.

A miscarriage is equally as tragic; it is the loss of a child. But it is unpreventable. There is no willing choice. It just happens.

It is sickening to take advantage of women who suffer such a loss by using their circumstance as a justification for abortion. They did not have a choice. Most wouldn’t have made the choice. But, that’s what the pro-abortion side does. It uses rape victims to try to justify the other 99 percent of abortions. It uses indigent women to try to justify all abortions. The side that champions women’s equality uses the most tragic circumstances women face in an attempt to bolster their arguments. Sadly, many take the bait.

This article is not written out of judgment of women who have aborted, but out of advocacy for the women that have miscarried. I know some of these women. Their loss of their child is not to be lumped in with the often-willing murder of a child in a fruitless attempt to justify the latter.

Some people are killed accidentally when they are hit by a car, so we should be okay with running down pedestrians in crosswalks.

The unpreventable deaths of individuals does not justify the intentional death of individuals. Such a claim sounds absolutely mindless in any other scenario. People die of disease, so we should intentionally infect others. People fall off cliffs, so we should be fine with throwing others off cliffs. People die in their sleep, so we shouldn’t have a problem smothering them with pillows. It doesn’t make sense in any other context. Yet for some reason, we’ll justify the intentional killing of the preborn by saying, “Sometimes they die naturally, too.”

One wonders how much thought is actually put into these arguments. To salvage my view of humanity, I hope not much. It is a pretty sad argument to have thought about for any length of time. From anti-abortion outreach on the streets, I have seen people jump through several totally different justifications for abortion in a matter of minutes, so it’s certainly plausible. When you start with the premise of abortion being morally justifiable, you’ll come up with anything to convince yourself.

Abortion takes a unique individual who, for all we know, would have been carried to term. It takes that individual, and by someone’s choice and an abortionist’s hands, rips her apart. It may be done with a vacuum and curette. It may be done by the abortionist grabbing body parts, twisting them to break them off, and pulling the child out piece by piece, putting her back together to make sure he didn’t miss anything. It may be done through medication, killing her and inducing labor to deliver a dead child. It’s barbaric. It’s sickening. And it is justified in the most barbaric and sickening ways.

A miscarriage is a natural but tragic process. But that has little bearing on how the parents feel afterwards. They did nothing wrong. Sure, the end result of both abortion and miscarriages is the death of a child, but the processes that lead to that awful result are worlds apart.

They’re not the same. It’s insensitive, pitiful, and appalling to say they are.
Posted by Joe Trammell at Thursday, September 20, 2018